Chinese New Year – The Year of the Ox

The Year of the Metal Ox

Celebrations are taking place today for Chinese New Year which, following a 12 year-cycle, sees the arrival of The Year of the Ox.We are exceptionally proud of the unparalleled quality of shutter that we provide here at Plantation Shutters and as many of our customers know, this unequalled product is manufactured in China. In celebration of this special holiday for our manufacturers, here are some facts about the origins of Chinese New Year and the Year of the Metal Ox.

You will likely have heard of the 12 zodiac animals associated with Chinese New Year. They are (in order): Rat, Ox, Tiger, Dragon, Snake, Horse, Goat, Monkey, Rooster, Dog and Pig. The order of the animals represents their placing in the mythological story of The Great Race held by Taoist god the Jade Emperor.

The story tells how The Emperor held a grand race, the 12 winners of which would be the chosen as the royal guards. The winners finished in the order listed above and became the zodiac animals, representing a 12 year cycle as we know them today. The Rat took first place in the race by tricking the Ox into carrying it over a river (where it had become stranded) and right up to the finish line riding on the Ox’s back. At the last moment, the Rat jumped off bagging first place for itself and making it the first year of the 12 year cycle and the Ox year 2.

Sometime in 770-476 BC the five elements theory also became popularised which hypothesised that each year also has a representation of one of 5 elements; Wood, Fire, Earth, Metal (also referred to as gold) and Water.

Just as each zodiac animal represents certain defining characteristics which are thought to be adopted by those born in that year cycle, the element associated with that year is also thought to have an effect too. These element attributes later became central in fortune telling, medicine, fengshui, martial arts and the ying/ yang of different animals and elements.

A breakdown of the metal Ox can be found below;

It is believed that as a representation of hard work and reliability, the Year of the Ox is a time when work efforts are well rewarded making this year a good time to aim for goals. Those born in Ox years are said to be loyal friends who value close friends.

After the turbulence and association to change that the Rat brought last year, the strength and stability of The Year of the Ox will be a welcomed addition.

Happy New Year to all who are celebrating today from Plantation Shutters! 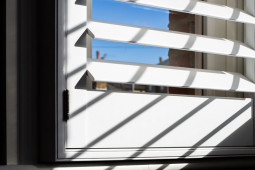 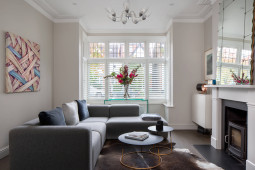 The Journey of your Shutters

A lasting ‘I Love You’ to your home