Interior Design Bloggers at the House and Garden Festival 2017

We can’t stress enough how much we enjoyed running around the House and Garden Festival last week. We had an outstanding time and moving on from our chit chat about the fantastic work of Natalia Miyar’s and Studio Duggan’s interior spaces we now have to go into the spectacular Style Rooms.

The Style Rooms have been a part of the House and Garden festival for quite some time and are an excellent opportunity for the biggest and the best bloggers of the lifestyle and interior design world to put their skills and knowledge to the test.

This year, the three bloggers brought into the fold were; The Pink House, 2LG Studio and Interior Design Hunter who each represent different types of audience each and so would bring a very diverse series of themes to their work for the festival.

The theme of this year's Style Rooms was ‘Beautiful Small Spaces’ and each of the bloggers had to pay special attention to aspects of storage and wall coverings in their designs. Each of the bloggers was given very simple guidelines as to how they could put their projects together for the show. 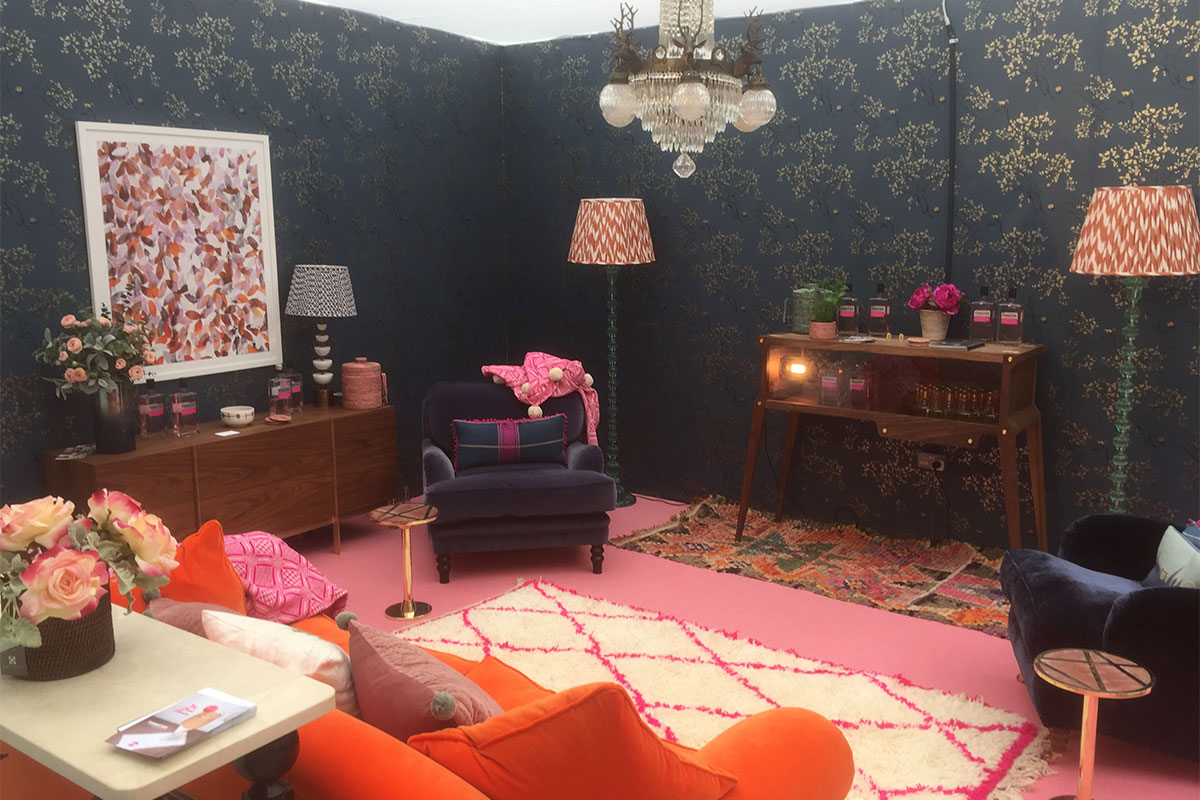 And with these guidelines, the bloggers chose their rooms and went about their work before their final projects had to be constructed and presented before the festival doors opened on the 21st of June for the four day period of the event.

And when that day came and the door swung open for the general public and a couple of people from Plantation Shutters, they did not disappoint. Each of the Style Rooms stood proudly as the first room sets visitors to the festival saw as they entered the vast space that is the Kensington Olympia.

The Pink House opted for a design that couples fun vintage with aspects of modernist design that really does highlight why she would name the room The Home Hotel. The volume of the pinks with the purples, the dark, printed wallpaper and the style of furniture dotted throughout really harks back to the clubhouses of the early 20th century. Emily Murray who writes The Pink House blog talks about how, as a parent, she finds it hard to go out as much as she used to and so she ‘created the glamorous space where the minibar can come to you!’ As you can see from the pictures, she really pulled off this boutique bar/members club at home with a tremendous flourish.

Jordan Cluroe and Russell Whitehead at 2LG Studio made the choice of the dining room for their design, naming the project ‘The Family Table’ and it really shone at the festival. With so many people, like us, hovering around their section to look at all the intricate details of their minimal family dining area with an oriental aesthetic. Their clever choices of furniture hit the brief exactly when it mentioned storage. The dining table and co-existing benches had brilliant hidden storage spaces the size of a shoebox that were perfectly highlighted by the boys as the perfect place to keep cutlery, plates, placemats and so much more. We especially loved the scattered placement of the intricate details of the design to show how the room would be used by a modern family. The calm pink wallpaper worked very well with the solidity of the dark wooden panels below it.

Grant Pierrus who heads up Interior Style Hunter dubbed the bedroom he designed the ‘Blue Layers Bedroom’. A bedroom that fuses two base colours perfectly together to present a very calming space for whoever would sleep there. The minimal design is something that Pierrus has said that he is a fan of alongside his favourite colour, Navy Blue. The addition of the storage space built into the bed is an especially well-founded idea that saves space for the entire room as, without it, space will have had to be taken up by an unwanted wardrobe or chest of drawers. The dark colours and modern art doesn’t present this room as the main bedroom in a family home but either a spare room in a family home or the main bedroom in a bachelor’s apartment.

So in short, each of the Style Rooms at this year's House and Garden Festival was fantastic representations of a cross-section of people with very different individual tastes. So to actually pick a winner would be a pointless exercise. As the task wasn’t set in place to decide who could come up with the best interior design but to create a series of spaces that represents the diversity of the offerings of the festival and each of them can be celebrated in their own right.

Be sure to come back next week for another Plantation Shutters blog post.

Recommended to me by a friend and I would highly recommend Plantation Shutters to anyone else who is looking to get shutters installed. Super helpful service from the whole team at Plantation Shutters. From initially measuring up while I was abroad with work, to adjusting my order when I had changed my mind and the top-quality installation. Most importantly, the customer service and transparency has been great. I placed this order on 4th Feb (just as COVID-19 was spreading to Europe). The team were in regular contact throughout and still delivered on time - even a global pandemic could not derail them! Impressive stuff! Thanks again!!

James, a customer from London via Google
See all customer reviews 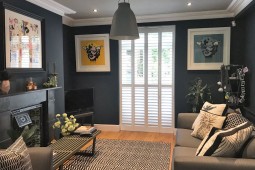 Here for you for the long-haul