On Tuesday night, the legendary Roundhouse in Camden was filled with what can only be described as the elite of the elite in the architecture world for the annual RIBA awards. The awards ceremony that praises the works of the very talented teams of architects, their spectacular projects throughout the United Kingdom and the stories behind them.

Three of the most prestigious awards that RIBA allocate were handed out that night; Client of the Year Award, Stephen Lawrence Award and their highest honour, the Stirling Prize.

The Stephen Lawrence Award is awarded to a firm that completed an incredible project that stands out above all and has to have costed less than one million pounds. The projects that became finalists for this category are all amazing for their variety in style and purpose.

The finalists for this year were Hyde + Hyde Architects for their project ‘Silver House’, a stunning modern house just off Swansea. BPN Architects for their project ‘The Compound’ a renovated and refigured factory in Birmingham’s jewellery quarter. McGarry Moon Architects with their ‘Fallahogey Studio’, a stand alone, small office building surrounded by beautiful Northern Ireland. BHSF Architekten with their project ‘Peacock Studio’ in Suffolk and the small seaside town of Aldeburgh. The partnership of Mole Architects and Rebecca Granger Architects with their ‘Houseboat’ project in Dorset. And lastly the folks at Invisible Studio with their Gloucestershire project in Tetbury, a mess hall for the Wolfson Tree Management Centre. 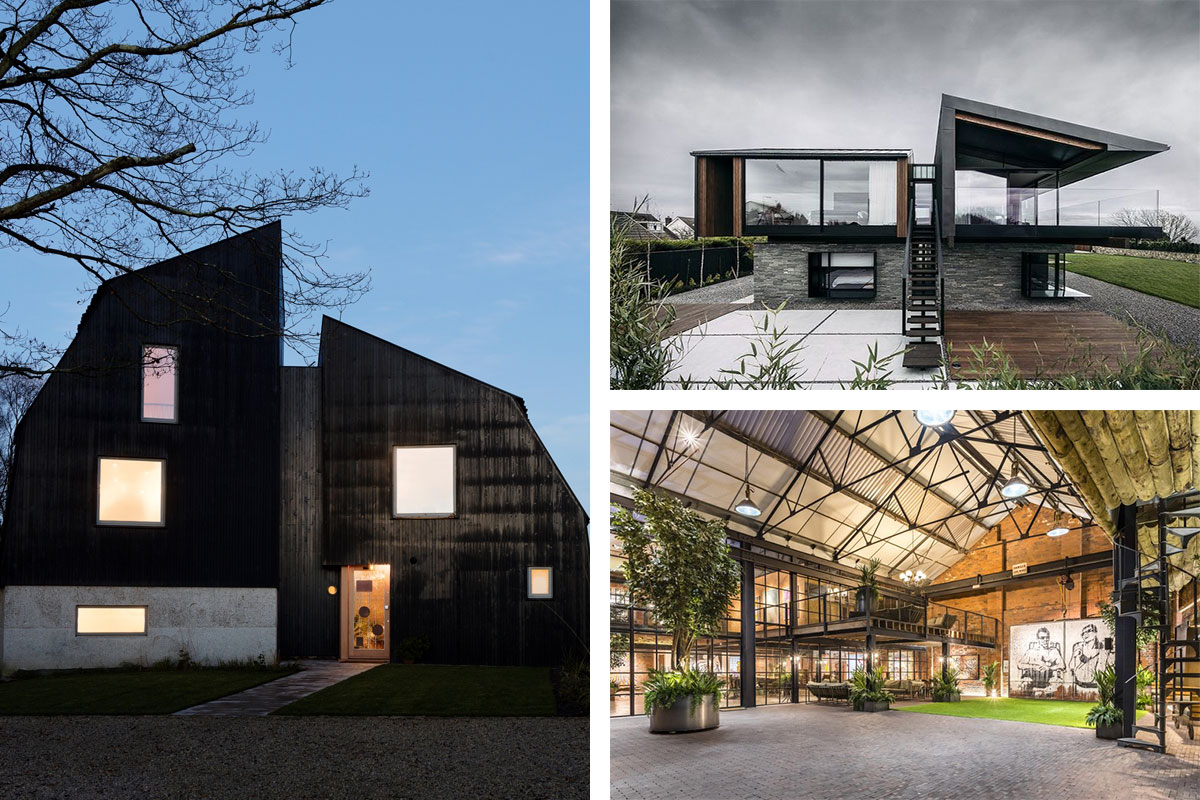 After some intense decision making from the panel of judges allocated by RIBA, the award was given to Mole Architects and Rebecca Granger Architects for their Houseboat project. The judges describing it as holding ‘inspired concepts that experimented with finely tuned craftsmanship.’ A very worthy winner of this award.

Client of the Year Award

The Client of the Year Award is handed to the client of a firm who has put in such extraordinary efforts for the projects completion or has kick started the project due to the aid of a higher cause whether that be via the community, education or otherwise.

The selected finalists highlight the breadth of people that are affected by certain projects that are completed around the whole of the United Kingdom.  The partnership of Karakusevic Carson and Maccreanor Lavington completed an expanse of brand new homes, the ‘Dujardin Mews’ for the first council-led social housing project in 40 years for the London Borough of Enfield. The Forestry Commission have been nominated twice in this category for the ‘Stihl Treetop Walkway’ by Glenn Howells Architects and the ‘Wolfson Tree Management Centre Mess Hall’ that I mentioned earlier, created by Invisible Studio. The Tate were nominated for the ‘Blavatnik’ building that neighbours the Tate Modern that houses extra gallery and event hosting space for the world famous museum, the Architects were Herzog and de Meuron.

But the winner of the prize went to Bedales School for their implementation of the student body when it came to the decisions on the layout of their brand new Art and Design Building which is an amazing example of architectural brilliance created by Feilden Clegg Bradley Studios. 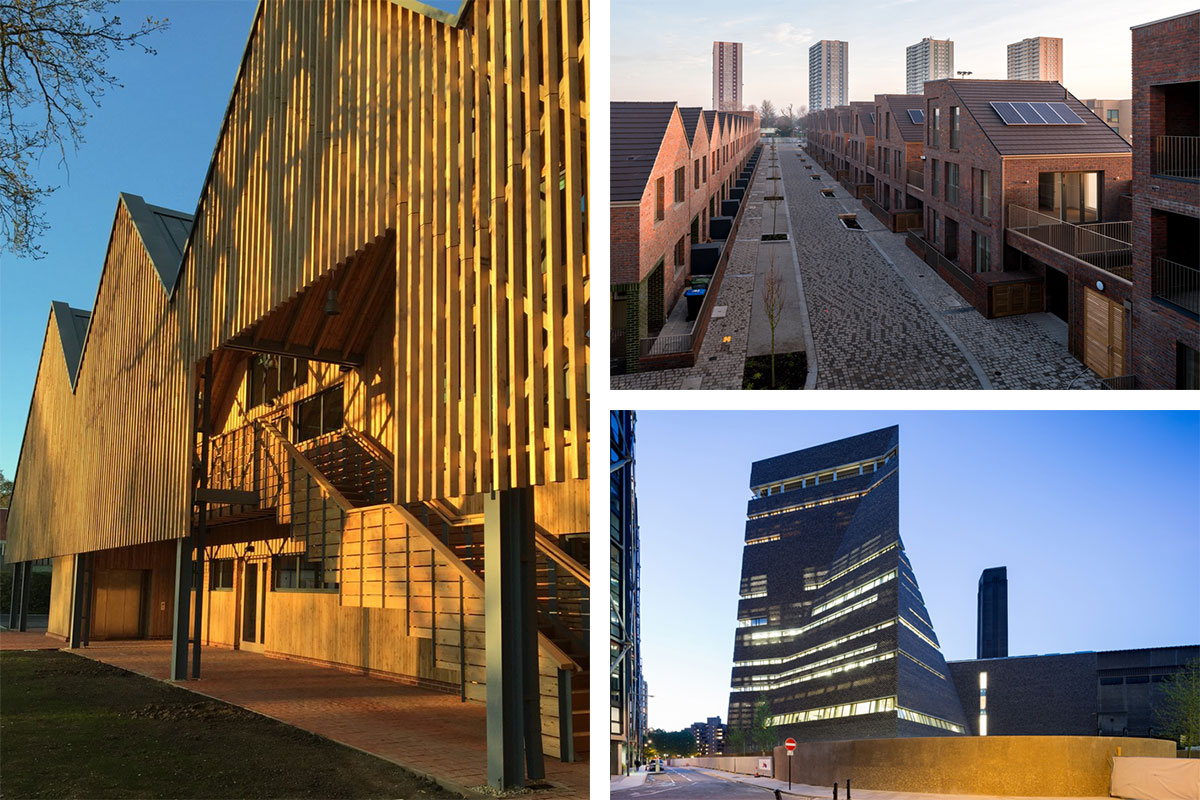 The final award that we are going to mention here is the single most prestigious award in British Architecture that is awarded and holds vast international attention. The RIBA Stirling Prize is awarded to a firm whose project illustrates design vision, originality, can engage and delight occupants and visitors while retaining accessibility and sustainability that completely satisfies the client.

This year’s finalists all hold incredible value in their projects, whether that’s for the betterment of a community or for the progression of others in its use. The slender apartment building ‘Barretts Grove’, created by Arnin Taha + Groupwork, was nominated for its originality in appearance alongside its innovation with space for its residents.

‘The British Museum World Conservation and Exhibitions Centre’ by Rogers Stirk Harbour+ Partners was nominated for how the brand new space brings a profession whereby the past can be preserved in a modern space. This allows those who are a part of this establishment can continue to carry out ground breaking research in an especially designed space.

‘The City of Glasgow College Campus’ by Reiach and Hall Architects and Michael Laird Architects was nominated for its breath taking space and modern facilities to better the conditions in which thousand of Glaswegian students prepare for their futures.

The next project to be nominated was the ‘Command of the Oceans’ by Baynes and Mitchell Architects, for the Chatham Historic Dockyard in Kent for its juxtaposition against the surrounding buildings in the area that breathes new life into it. For those who visit the museum as well as those who live in the area that holds such a proud naval history.

The next nominated project was completed by 6a Architects who created a studio for one of the most famous names in photography, Juergen Teller. His London studio of variations in space and intensions for use with a mixture of professional space for those who work in the gallery space, garden areas among other settings to take pictures and his own living space. It’s the versatility of the space that makes it so remarkable.

However, there could only be one individual winner and that was the immensely talented people at dRMM Architects who headed up the stunning restoration of the Hasting Pier that burnt down seven years ago that was a very heartfelt loss to the people of Hastings. The pier, that has been praised as a ‘masterpiece of regeneration’ cost an enormous total of £14.2 million to complete and that money came from a variety of places including charities such as the Heritage Lottery Fund and a very clever community led investment strategy that charged the locals, who took part in the scheme, £100 per share in the restoration project. This scheme went on to have over three thousand enrollers. Along with this amazing recognition, the pier was awarded ‘Pier of the Year 2017’. And having been nominated previously for their projects, the Clapham Manor School and the Trafalgar Place, dRMM Architects are certainly worthy winner of this year’s top accolade. 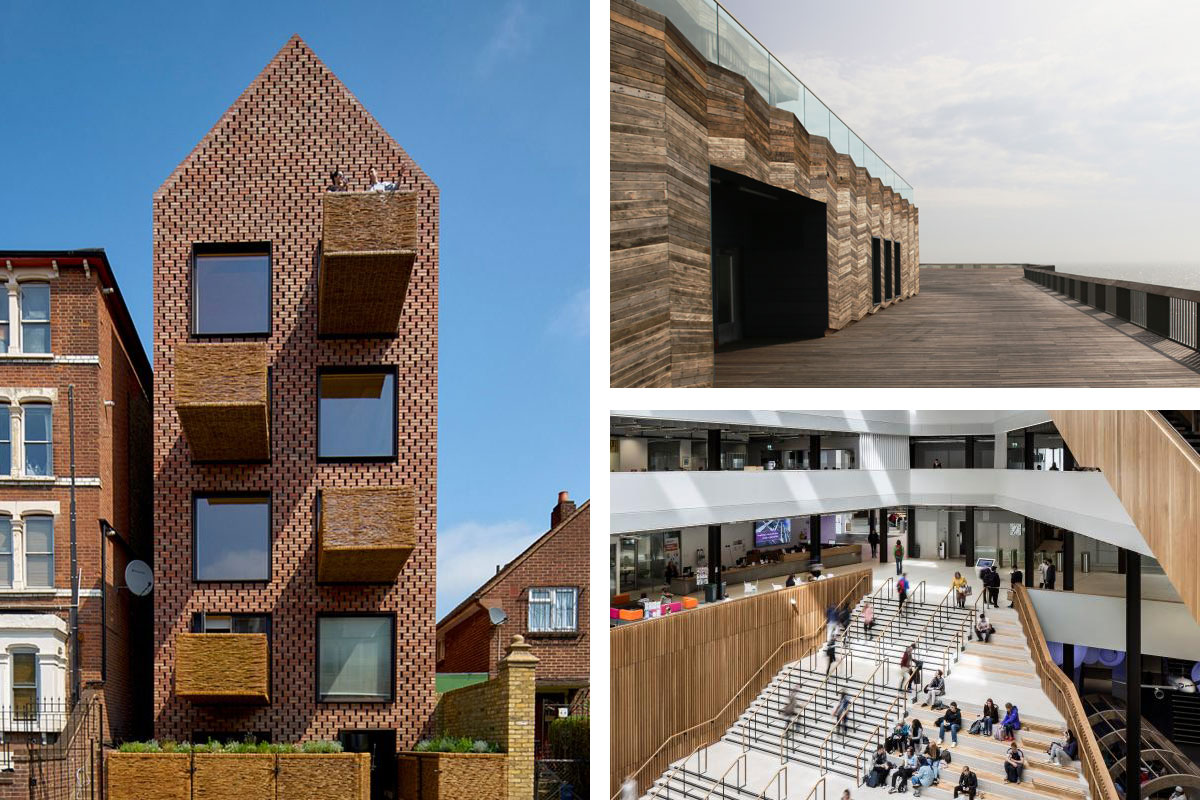 And there it is. Another year of incredible projects, nominees and winners for worthy causes that captured the minds of thousands. All nominees were very right to be a part of this process and we can’t wait to see which projects will be nominated next year.

What did you think of the winners and nominees? Which are your favourites? Let us know with a comment in the section below. We’ll be back with another blog post next week. And as always please call us on 020 8871 9222 or email our friendly team today with any queries you may have. Our shutters are still the best at saving you that precious space around your home, get in touch today.

Nicola, a customer in Esher via Google

Ian, a customer in London via Google

Amy, a customer in London via Google

Great quality shutters & fitted to perfection. Slight delay because of COVID-19, but communication and service was great throughout.

Let there be light!

Utilising the space in the entrance to your home

Things to do in and around London this bank holiday weekend