Canterbury is a cathedral city and has a UNESCO World Heritage Site located in the county of Kent. Dating back to the prehistoric ages, Canterbury has a rich history with plenty to see and do. It’s the perfect getaway spot as it is just over an hour from London. 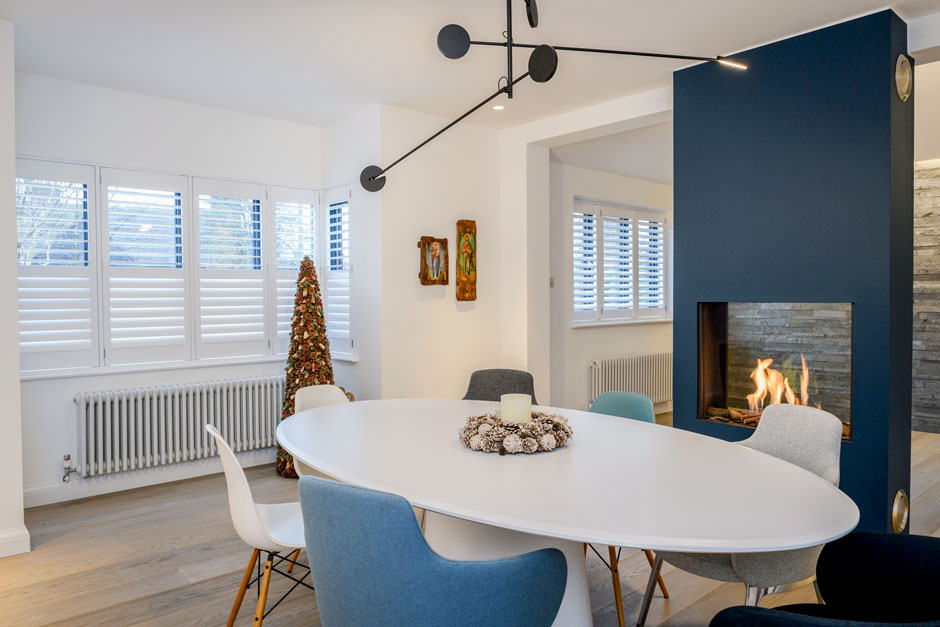 Canterbury has a population of over 43,432 people. Being such a largely populated city, it makes plenty of opportunities for us to work with many different kinds of people from all walks of life with different tastes and styles. The benefits of our interior window shutters are that they are custom made to measure and fit into any style and home.

Here at Plantation Shutters, we service a wide area around greater London. We have had projects stretching to not only in Canterbury, but also out to other areas in Kent, and further abroad in places such as Surrey, Sussex, Hertfordshire and of course Central London. With most of the homes in this area having large bay windows, this can make the homeowners feel rather exposed to the outside world. So, whether you are looking for something to help you save some vital space, have more control over the natural light in your home or adding some much-needed privacy, our wooden shutters are the perfect solution.

Being a cathedral city there are a few cathedrals in the area. The main one is Canterbury Cathedral which was founded in 597 A.D and completely rebuilt between 1070 and 1077. it is one of the oldest most famous Christian structures in England and forms part of the World Heritage Site. Another cathedral is St Augustine’s Abbey which was a Benedictine monastery. The abbey was founded in 598 and was used until 1538 in result to the English Reformation. After the abbey’s dissolution, it underwent dismantlement until 1848. It has now been preserved as a historical site and classes as a UNESCO site. The Beaney House of Art & Knowledge is a museum, library and art gallery in the city. On a sunny day, you can take a trip down the river with Canterbury Punting and get a view of the city in a different way.

Having such a rich history there are many places throughout Canterbury that are heritage protection sites. In the 1st century AD, the Romans captured the settlement and named it Durovernum  Cantiacorum and rebuilt the city. It was then a pilgrimage in the Middle Ages and then in more recent history a number of barracks and volunteer hospitals were set up around the city during WWI, and then in WWII it was destroyed by bombs but was soon rebuilt after the war and became the thriving city it is today with the annual Canterbury Festival. Some notable people from Canterbury are comedian Alan Davies, actor Orlando Bloom and singer Ellie Goulding.

If you look to our news page, you’ll be able to see endless examples of how we’ve helped many people throughout the Canterbury area as well as far beyond the borough with their windows. Have a look at a few examples of this in our shutter gallery.

The service was excellent throughout the quote and installation process.

Adelaide - Customer in Battersea via Google

Great service, lovely people who measured and fitted my shutters. They arrived on time and very efficient. I recommend!