Shutters in Kensington and Chelsea

Despite being the smallest borough in London, the Royal Borough of Kensington and Chelsea is one of the most densely populated regions in the United Kingdom. It includes affluent areas such as Notting Hill, Central and South Kensington, Chelsea and Knightsbridge. 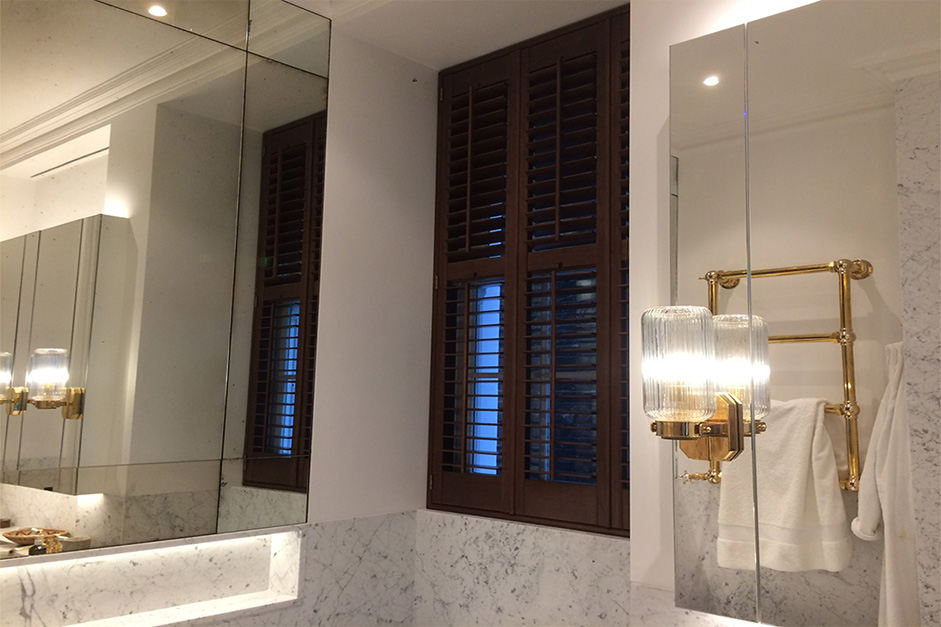 With 13,000 people per km2 making this borough one of the most densely populated regions in the United Kingdom. In 2005, the borough had more of its land covered by domestic buildings than anywhere else in England gave us the premium opportunity to work with the homeowners in putting our plantation shutters into their homes.

Being such a closely dense borough there is plenty of opportunities for us to work with many different kinds of people from all walks of life with different tastes and styles. The benefits of our interior window shutters are that they are custom made to measure and fit into any style and home. So whether it be a basement flat or a penthouse suite we’ve got you covered.

One of the world’s most famous departments stores, Harrods, resides in this borough, along with the Chelsea Football Team and some of London’s Museums such as the Natural History Museum. You can also pretend like you are on the set of the classic movie Notting Hill and take a photo by the famous blue door. Other famous attractions in Kensington and Chelsea is the Kensington Palace and of course the Portobello Road Markets.

The Royal Borough Kensington and Chelsea is a vibrant and diverse area at the heart of London. The Royal Borough of Kensington and the Metropolitan Borough of Chelsea merged together to make one borough in 1963. Despite being originally separated they still retain their unique characters. The borough was granted its ‘Royal’ status as it is home of the Kensington Palace. Seeing as Kensington and Chelsea is the most affluent and sophisticated areas in London you will be sure to find a few famous faces walking around their neighbourhoods such as Sir Richard Branson, Sir Elton John and Rowan Atkinson just to name a few. Some greats such as authors Beatrix Potter and Oscar Wilde also used to live in the area.

If you look to our news page, you’ll be able to see endless examples of how we’ve helped many people throughout the Kensington and Chelsea area as well as far beyond the borough with their windows. Have a look at a few examples of this in our shutter gallery.