Reigate is a quaint market town in the county of Surrey. Being discovered in the medieval area, Reigate still very much has a medieval feel with its castle as well as some of the buildings. With tunnels under the city, there are many hidden secrets ready to be discovered. 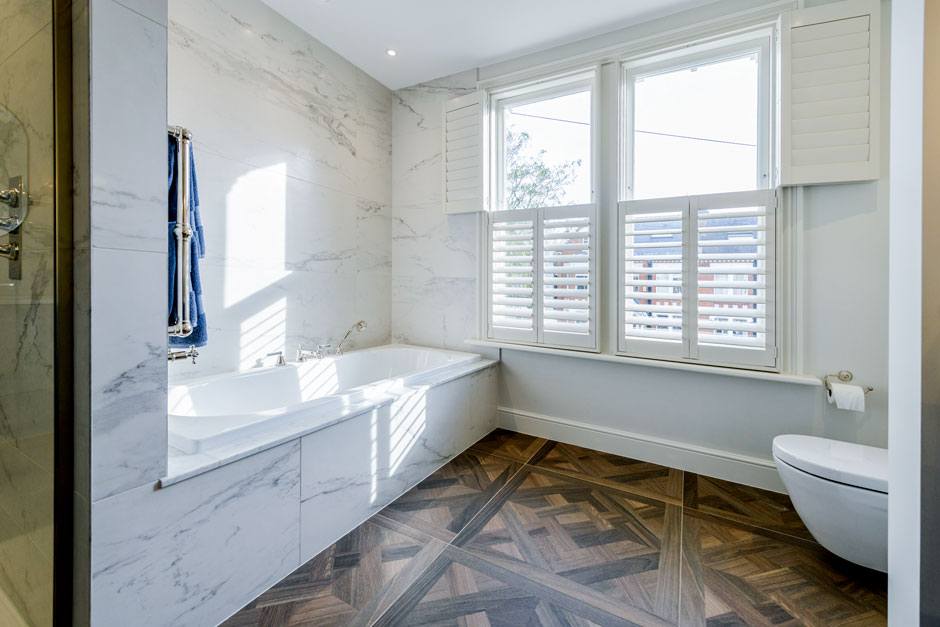 Being such a widespread, bustling town of over 20,000 people, there is plenty of opportunities for us to work with many different kinds of people from all walks of life with different tastes and styles. The benefits of our interior window shutters are that they are custom made to measure and fit into any style and home.

Here at Plantation Shutters, we service a wide area around greater London. We have had projects stretching to from Reigate to further afield in Surrey, Kent, Sussex, Hertfordshire and of course Central London. With most of the homes in this area having large bay windows, this can make the homeowners feel rather exposed to the outside world. So, whether you are looking for something to help you save some vital space, have more control over the natural light in your home or adding some much-needed privacy, our wooden shutters are the perfect solution.

Located within London’s commuter belt makes it a well-visited spot for Londoners wanting to escape the city for a day or more. Reigate has a medieval castle and has been a market town since the medieval period. Popular places to visit in Reigate are the Reigate Caves which are found below the town centre. The Caves were once sand mines but are now used as a tourist destination for tours below the town. You can also visit the Reigate Fort and Castle. The Castle now mainly ruins but still fascinating to visit as well as the surrounding gardens.

Reigate dates back to around the Stone Age and been built up over the years by William the Conqueror, William I and others. In the 16th century, the town developed a large trade in oatmeal but then ceased by about the 1720s and then in the 19th century the tannery trade took off in Linkfield Street. The coming of the London and Brighton Railway in 1841 led to new building works growing the population of the town. Little Britain star David Walliams attended Reigate Grammar School.

If you look to our news page, you’ll be able to see endless examples of how we’ve helped many people throughout the Reigate area as well as far beyond the borough with their windows. Have a look at a few examples of this in our shutter gallery.

Sean - Customer in London via Google

Shutter are amazing. I received quotes from other companies and the price was insane, Plantation Shutter gave me a great quote and the work completed was amazing.

Mark - Customer in London via Google

The service was excellent throughout the quote and installation process. The installation team were on time, managed any problems on the day and then cleared up afterwards.

Paul - Customer in Epson via Google

I highly recommend Plantation Shutters. They have supplied and fitted shutters on several projects for my building company including most recently my own house in Epsom.