Surrey is one of the 12 most populated counties situated in the South East of England. Parts of Surrey was once apart of London, but the borders were altered in 1965 and they became part of Greater London. There is plenty to see and do in Surrey. Explore the rolling countryside and vast woodlands to the stunning stretches of waterways and vibrant market towns. 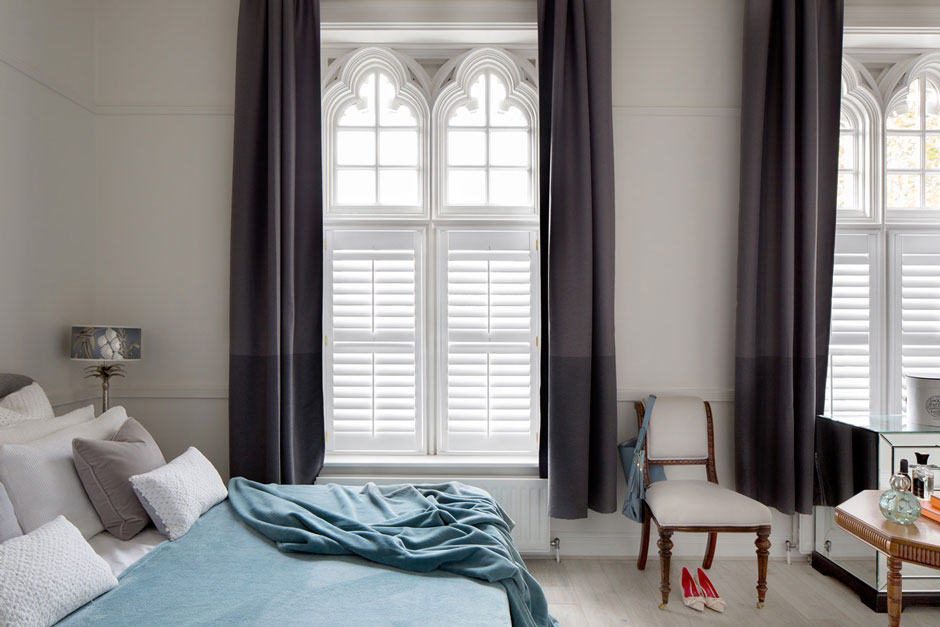 Here at Plantation Shutters, we service a wide area around greater London. We have had projects stretching to Surrey, Kent, Sussex, Hertfordshire and of course Central London. With most of the homes in this area having large bay windows, this can make the home owners feel rather exposed to the outside world. So, whether you are looking for something to help you save some vital space, have more control over the natural light in your home or adding some much-needed privacy, our wooden shutters are the perfect solution.

Being such a wide spread, ever developing county, there is plenty of opportunity for us to work with many different kinds of people from all walks of life with different tastes and styles. The benefits of our interior window shutters are that they are custom made to measure and fit into any style and home.

Being just a stone throw away from London with easy access with many train stations throughout, it is a great escape for Londoners to get some fresh country air. There is so much to see and do in this stunning county, with wonderful attractions, rich history and culture. There is everything from Thorpe Park, Hobbledown Adventure Farm Park to Museums, Castles, Wildlife centres, Nature parks and walks.

The name Surrey is derived from Sūþrīge (or Suthrige), meaning "southern region", and this may originate in its status as the southern portion of England. As stated above Surrey was a much larger area of England but in 1965 the boundaries were pushed back, and the North Western part of Surrey then became part of Greater London.  Quite a few well-known people were born, raised or lived in Surrey for part of their lives. Lewis Carroll spent most of his time at his sisters’ home in Guildford where he wrote Through the Looking Glass, he also died there and is buried in the town. Charles Dickens wrote part of The Pickwick Papers in Dorking and refers to the town in the novel. Actress Alexandra Kingston was born and raised in Epsom. Many musical legends were born and raised in parts of Surrey such as Singer Roger Waters who was born in the small village of Great Bookham, Jimmy Page spend most of his early life in Epsom and Eric Clapton was born and grew up in Ripley.

If you look to our news page, you’ll be able to see endless examples of how we’ve helped many people throughout the Surrey area as well as far beyond the borough with their windows. Have a look at a few examples of this in our shutter gallery.