Tonbridge is a market town in the county of Kent. Set between two better-known towns of Sevenoaks and Tunbridge Wells, it’s a rose between two thorns. Tonbridge is rich in its culture and history with an ancient castle and beautiful riverside setting, it is great for families, art lovers and foodies alike. 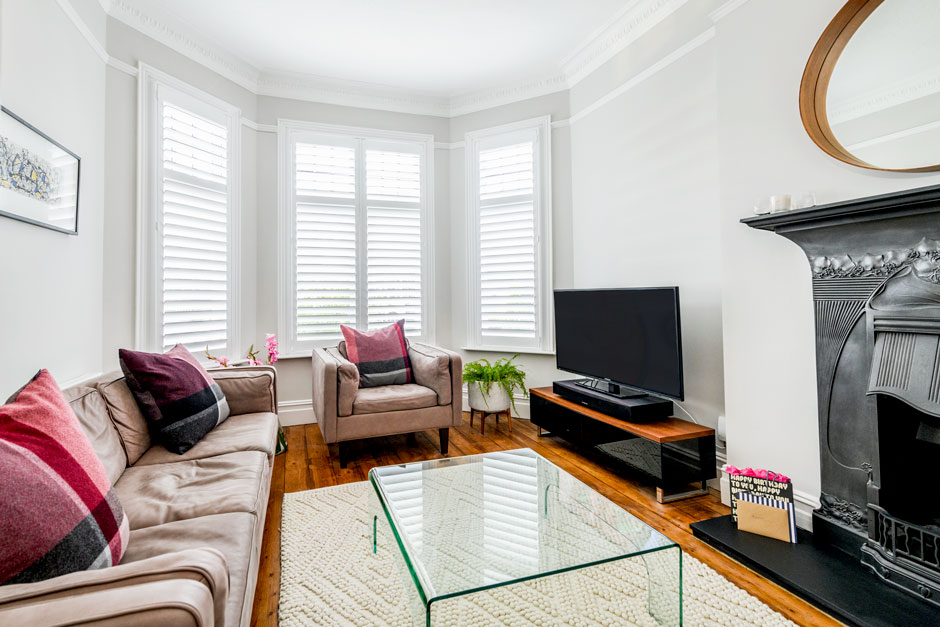 Tonbridge Station is one on Kent’s busiest stations seeing 4.1 million passengers each year. It is an important junction within London, Hastings and Redhill. Being such a largely visited town, privacy is a must for the residents on Tonbridge, which makes plenty of opportunities for us to work with many different kinds of people from all walks of life with different tastes and styles. The benefits of our interior window shutters are that they are custom made to measure and fit into any style and home.

Here at Plantation Shutters, we service a wide area around greater London. We have had projects stretching to not only Redhill but also all of Surrey as well as Sussex, Kent Hertfordshire and of course Central London. With most of the homes in this area having large bay windows, this can make the homeowners feel rather exposed to the outside world. So, whether you are looking for something to help you save some vital space, have more control over the natural light in your home or adding some much-needed privacy, our wooden shutters are the perfect solution.

Tonbridge is a quaint little market town full of history and plenty to see. You can take a tour through Tonbridge Castle and get a glimpse into what life was like in Tonbridge 900 years ago as well as taking a stroll through the castle gardens, which is a popular venue for outdoor film screening, an annual music festival, outdoor theatre performances, a medieval fair and many others. There is also the Greensand Ridge Distillery, plenty of Public artworks around the town to enjoy such as the mural on the walls at the train station and different sculptures in the town.

Tonbridge saw a lot during the second world war. In 1939 over 600 boys from Dulwich College were evacuated to Tonbridge for safety. Also, during WWII, a prisoner of war camp was built at the junction of Tudeley Lane and Pembury Road on land belonging to Somerhill house. It held German pilots who had been shot down and captured Italian soldiers. After the war, the camp was then used as temporary housing for people made homeless after the Blitz. Now the site is now Weald of Kent Girls Grammar School. Well known people to have lived in Tonbridge is Olympic Gold medallist Dame Kelly Holmes who has a sculpture dedicated to her. George Austen father of Jane Austen attended Tonbridge School as well as teaching there. Cricketer Frank Woolley and Colin Cowdrey also lived in Tonbridge.

If you look to our news page, you’ll be able to see endless examples of how we’ve helped many people throughout the Tonbridge area as well as far beyond the borough with their windows. Have a look at a few examples of this in our shutter gallery.

The service was excellent throughout the quote and installation process.

Adelaide - Customer in Battersea via Google

Great service, lovely people who measured and fitted my shutters. They arrived on time and very efficient. I recommend!