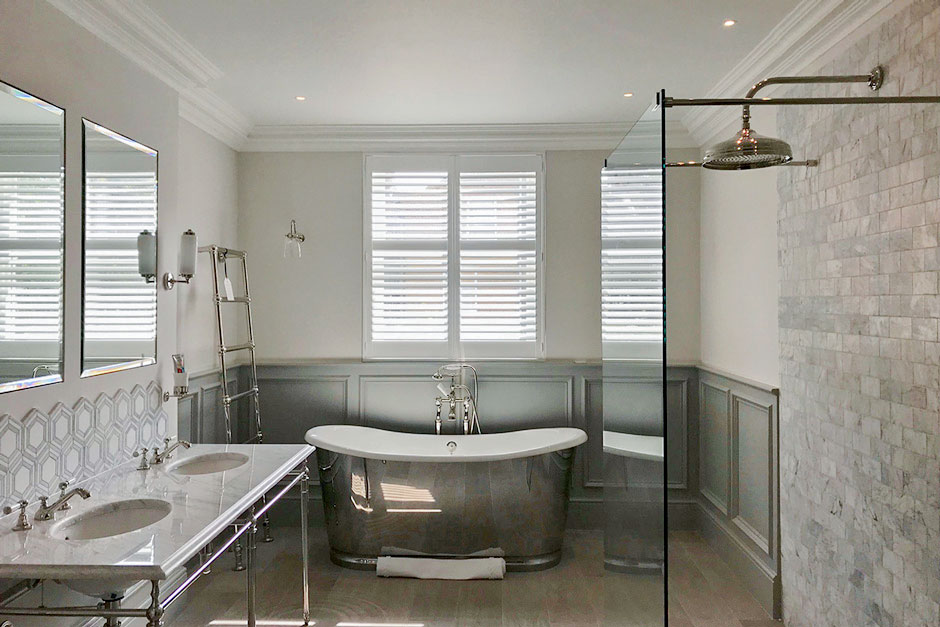 Tooting is home to a large amount of families, and these numbers are growing, we see plenty of the bustling streets bursting with families young and old and appreciate the vital need for added privacy in the home.  With this, we’ve fitted numerous projects of our made to measure interior window shutters in Tooting. We’re always on the lookout to help people with their windows, if they’re looking for an option to help them get back a little more control over the natural light in their home. Or, maybe they’re after something to help save some vital space, our wooden shutters are perfect for that. Or if you’re also looking for something a little different to make your home stand out. Whether it’s green, burgundy or something in between, our custom colour match offerings can really make your shutters break away from the rest.

Over the years, we’ve seen the area thrive with new homes and apartments built up year after year, allowing the area to thrive more than ever. The growth in this area has enabled Plantation to offer our services more and in more exciting ways.  We are constantly exploring new and interesting styles and choices with our clients throughout Tooting and beyond.

Voted one of the coolest places in the world on Lonely Planet in 2017, Tooting has plenty to offer. In the summer you can relax by the Tooting lido and get your tan on, or roam around the markets in Tooting Broadway. The is also a large selection of amazing Ski Lankan and Indian cuisines to choose from. Some other great perks of Tooting is that it is surrounded by some of the most attractive parts of London with numerous parks in the area and how they have slowly but surely become hallmarks of London, such as Tooting Bec Common and Wandsworth Common.

Tooting was settled in pre-Saxon times and there is speculation that there was once a watchtower in tooting on the road into London hence “the people of the look-out post.” In the 18th century country homes began to appear, including Hill house at Tooting Graveney and Furzedoown House. The area attracted some villas and institutions from the mid-19th century when Charles Dickens essay “The Paradise at Tooting” exposed the wrongdoings at a farming establishment for pauper children in Tooting Broadway. Some affluent people from Tooting are politician Sadiq Khan, stage musician Sadie Crawford, Comedian Milton Jones and actor George Edward Cole.

If you look to our news page, you’ll be able to see endless examples of how we’ve helped many people throughout the Tooting area as well as far beyond the borough with their windows. Have a look at a few examples of this in our shutter gallery.