Originally a rural village but the now thriving borough is the London Borough of Ealing. Nearby areas still have that villagey feel but Ealing itself is a more urban area due to its shopping centre. There is still plenty of leafy green parks to enjoy such as Gunnersbury Park and Walpole Park. Ealing ins halfway between the city and the country making it a great location for people how to love the best of both. 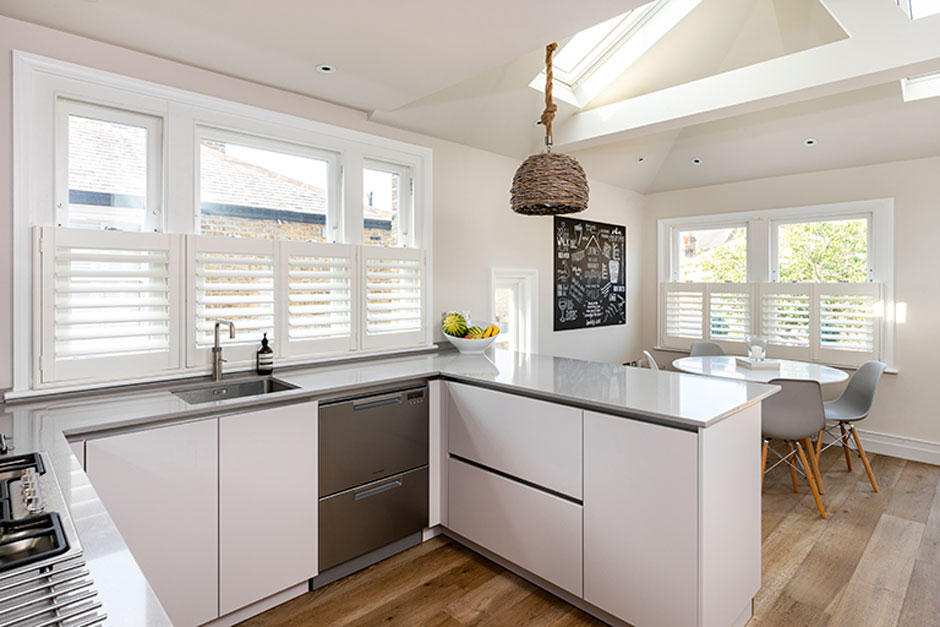 Being the third largest borough in London by population makes it an area with plenty of opportunities for us to fit our shutters. With an abundance of family homes, a superb shopping complex and flourishing parks, Ealing has plenty to offer. What better place to be able to fit our made to measure plantation shutters?

We have fitted many shutters in this borough over the years and have many happy customers living here. Being such a popular ever-growing borough from young adults to families and retirees, there are many opportunities for us to work with many kinds of people from all walks of life with different tastes and styles. The benefits of our window shutters are that they are custom made to measure and fit into any style and home.

The London Borough of Ealing is well known for its film studios. They are amongst some of the oldest in the world and are especially known for the Ealing comedies which include The Lavender Hill Mob, The Ladykillers, Kind Hearts and Coronets. Ealing is also home to a range of festivals including the Ealing Music and Film Valentine Festival, Opera in the Park, Jazz Festival and more. Ealing has also been mentioned in many fiction stories from H. G Wells The War of the Worlds to Bridget Jones Diary and the new series Killing Eve.

It was during the Victorian period that Ealing became a town and as it grew in the 20th century, Ealing expanded significantly, and the population increased resulting in it becoming a municipal borough in 1901 and then became part of Greater London in 1965.  There is a lot of musical history here. Ealing Jazz club is where Mick Jagger and Keith Richards first met Brian Jones in 1962. Other artists that performed in the club were Rod Stewart and Manfred Mann. This club has now been changed to a night club called Red Room.

If you look to our news page, you’ll be able to see endless examples of how we’ve helped many people throughout the Ealing area as well as far beyond the borough with their windows.  For some added inspiration have a browse through our shutter styles and lifestyle gallery. You can also contact one of our friendly team today by email or call us on 020 8871 9222.