The famous Greenwich Village got its name in 1880 when Greenwich Mean Time was legally adopted throughout the island of Great Britain and then slowly across the rest of the world. Greenwich is located east of the Tower bridge down the River Thames and is a popular area for cruise ships and tour boats to go by and visit. 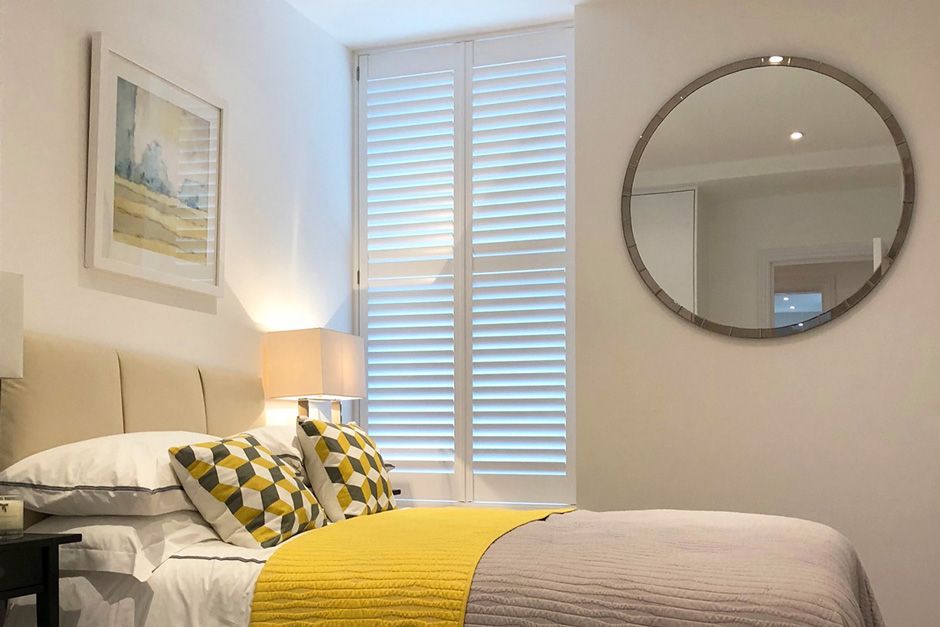 Situated on the banks of the Thames, the borough of Greenwich has a long history which has been preserved for people to view today. The importance of Britain’s seafaring history is reflected in the Maritime Greenwich as a UNESCO World Heritage Site. Among the most significant pieces of architecture are the former royal residence of the Queen’s House, which was completed in 1636 and is now considered to be the country’s first truly Classical building. Also, the Old Royal Naval College is another architectural beauty designed by Sir Christopher Wren, who also designed London’s St Pauls Cathedral.

When you live in an area surrounded by the greats of architecture such as Sir Christopher Wren, you want your home to reflect that. So, we typically find that the clients we’ve worked within the area are always on the lookout for statement designs when it comes to their made to measure interior window shutters. With our extensive selection of styles, colours, materials and additional extras to choose from, we have the means to cater to almost any stylistic whim to make your design choices truly your own.

The 183-acre Greenwich Park is also part of the World Heritage Site and relishes in panoramic views of London that are protected. Greenwich is also home to The O2 arena, The Maritime Museum, The Royal Observatory and many more. You will not be short of things to do in this London borough. You will be able to climb aboard the Cutty Shark for evenings of comedy, music and theatre, or enjoy the cuisines of the many restaurants in the area. Despite not being on the Underground, it is a short bus ride from the town centre or you could even commute by riverboat down the Thames and take in the riverside views.

Nowadays we all take for granted that we can find out the right time whenever and wherever we are in the world. But this wasn’t always the case. Before the mid-1850s it might have been 1pm where you were and 1:30pm ten miles down the road. Local time was generally defined by the sun and could vary widely across the UK which became a major headache for the Railway industry. It wasn’t until December 1847 when the railways switched from local time to Greenwich Mean Time.

Greenwich Mean Time is the annual average of the time the sun crosses the Prime Meridian at the Royal Observatory in Greenwich. And still to this day does the world measures the time from this point. When you visit Greenwich, you can stand on the Prime Meridian with one leg in the eastern Hemisphere and the other in the west. While visiting Greenwich Village make sure to keep an eye out for Mamma Mia actor Dominic Cooper or England’s footballer Glen Johnson.

If you look to our news page, you’ll be able to see endless examples of how we’ve helped many people throughout the Greenwich area as well as far beyond the borough with their windows. Have a look at a few examples of this in our shutter gallery.