Putney is a district in the South West of London on the Borough of Wandsworth. Putney is identified as one of the 35 major centres in Greater London. With its close proximity to Central London, it is a popular area to live for young professionals and families. Putney is a great place for young residents so settle if they are new to London. 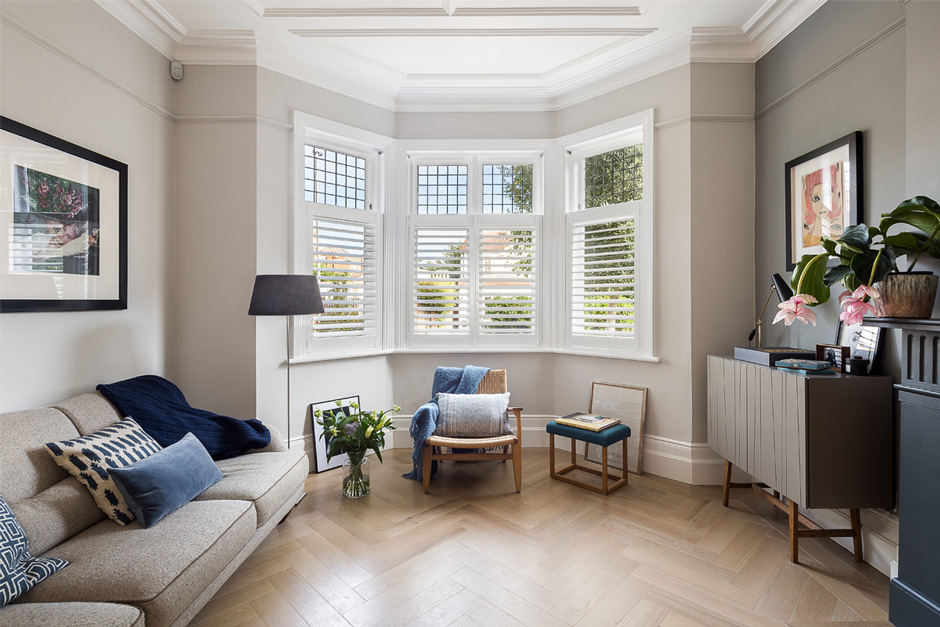 Putney is predominantly a family and young adult area, making privacy a vital need. With this, we’ve fitted numerous of our made to measure interior window shutters extensively throughout the area. We’re always on the lookout to help people with their windows if they’re looking for an option to help them get back a little more control over the natural light in their home. Or, maybe they’re after something to help them save some vital space, our shutters are perfect for that. Although maybe, you’re also looking for something a little outlandish to make you home stand out. Whether it’s green, burgundy or something in between, our custom colour match offerings can really make your shutters break away from the rest.

Putney isn’t far from us here at Plantation Shutters and we have seen the area thrive with new homes and flats built up year on year, allowing the area to thrive more than ever. This also allows us to offer our services to more people than ever and in more exciting ways than ever before. With such diversity in the people living in our humble area, comes a far more diverse stylistic opinion, making our job of helping them, more exciting for it.

The annual Oxford and Cambridge boat race starts at Putney bridge and finishes at Chiswick Bridge every April. The men’s race started in 1828 and the woman’s race started in 1927. For years Putney has been the place to come for leisure activities, to enjoy the open spaces and clean air. Some of the popular parks in the area are Wandsworth Park, Barnes Common, Wimbledon Common and Richmond Park. You also have Craven Cottage just over the bridge so your spoilt for choice with outside entertainment for all ages.

The first wooden framed Putney Bridge was completed in 1729 and became the second bridge to cross the tidal Thames after London Bridge. It lasted for over 150 years and was then replaced by a stone bridge in 1886 that still stands today.  Some famous people that were born or live in Putney are Businessman, author and philanthropist Sir Richard Branson and actor Pierce Brosnan attended school in Putney. Lead singer of Duran Duran Simon Le Bon, Titanic survivor, WWI and WWII hero Commander Charles Lightoller, football captain that won the 1966 world cup Bobby Moore, author Leonard Woolf husband of Virginia Woolf grew up in Putney, and comedian Jack Whitehall also lived in Putney.

If you look to our news page, you’ll be able to see endless examples of how we’ve helped many people throughout the Putney area as well as far beyond the borough with their windows. Have a look at a few examples of this in our shutter gallery.