We recently hopped over the river to install a squadron of shutters in a stunning family home in Chiswick. The area has quickly become one of the hottest borough for family units to occupy with a heap of great schools and expansive homes that you’d never want to leave. And we made one of those homes all the lovelier.

After our expert surveyor got back to the office, he was very quick to let us know how amazing this home was with beautiful high ceilings and a fantastic garden. The entire homes’ interior was designed expertly by Katherine Brown and her team and I think we can all agree that it looks fantastic.

Katherine Browne let us know that her and her client both absolutely loved the idea of having our shutters in this home but wanted a cost-effective option as they well looking for a full kit out. So, we got to work and once our surveyor and sales team had gone through everything, Katherine Browne told us that her client wanted the MDF option in over nine windows!

We fitted them in a cross-section of rooms throughout the house including the master bedroom and its en suite bathroom, a study, another bedroom, a living room and the children’s den. All of which in the Full Height style so that the entire frame was covered by the panels and as the windows were quite large all over the house, most of them, apart from a select few were installed with a mid-rail to best support the frame. It’s a great choice to break up the appearance of the windows and results in a great look. 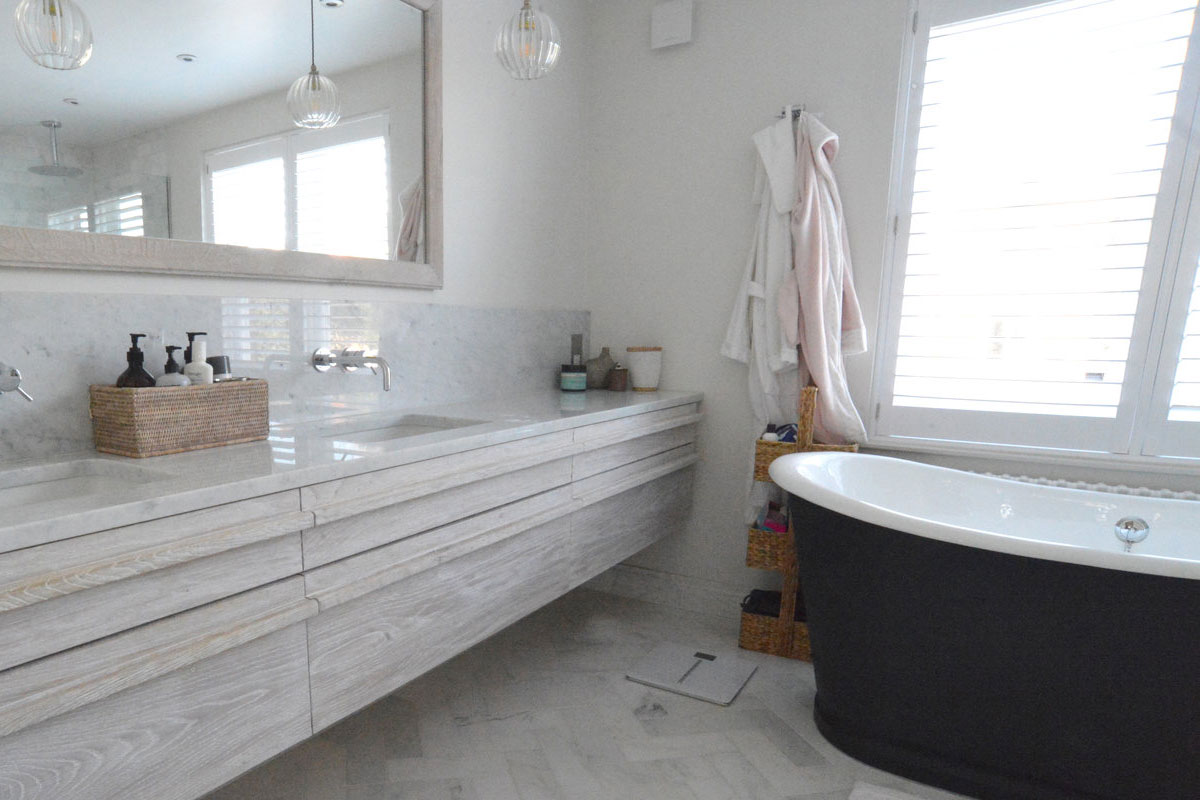 Though, as you can see from the shutters we installed in the main bathroom, as well as the study and some windows in a couple of the bedrooms, we installed the panels with a hidden break in the slats for a bit more of a minimalist look. It’s also a great choice if you want a little extra flexibility in their use, this is a useful addition to have when it comes to rooms that demand a little extra privacy such as bathrooms.

With the In Vogue slat size, the Nickel Plated hinges and crisp Pure White for the colour in every panel we installed, the shutters have a fantastic utilitarian look when considering the house, something you notice from this picture.

Once her client had slotted in all their choices, Katherine Brown placed the order and a short time later, the shutters arrived at our home in Battersea and our team of in-house fitters raced over to this beautiful home and had the shutters installed in no time. 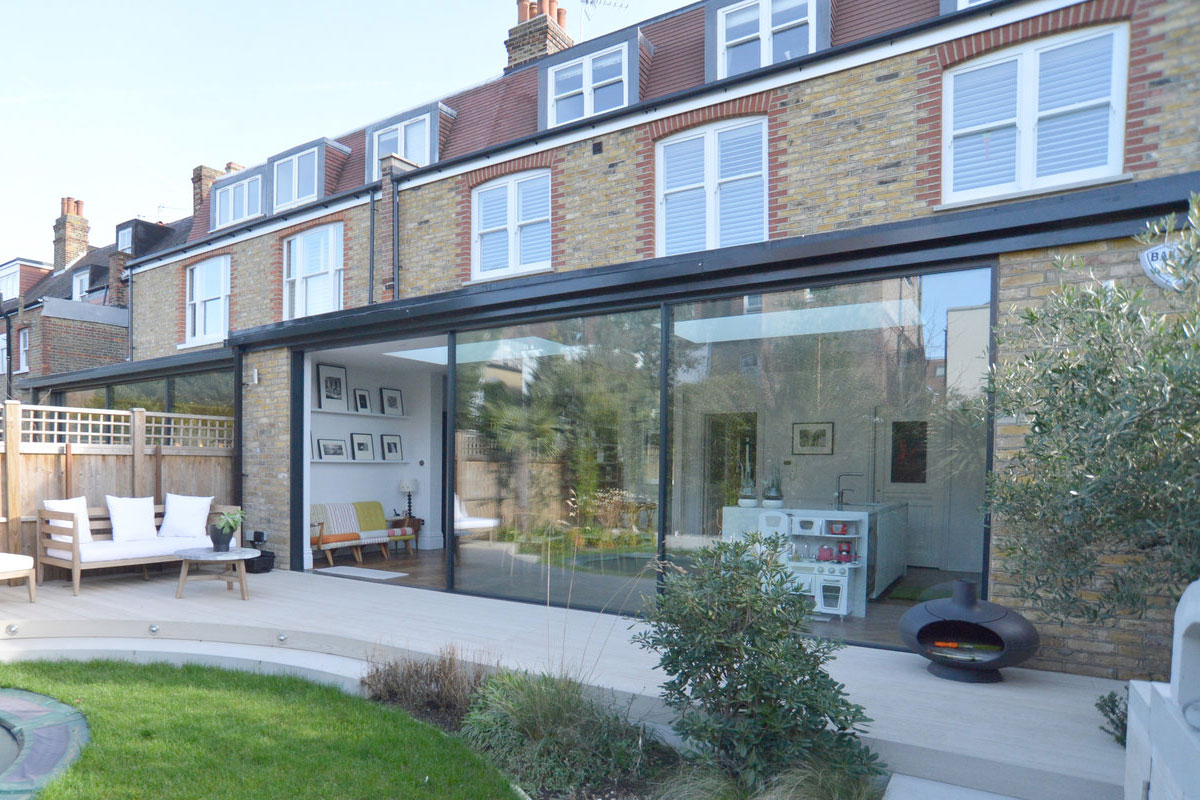 We have worked with Katherine Brown and her team on numerous occasions and are always happy to help them with any need or whim that their clients have. They let us know very quickly that they and their client were ecstatic with the result and I’m sure we’ll be working together on another one of her impeccable projects very soon.

What do you think of the design? Would you have gone for that colour? Let us know by sharing this story about with you friends and as always Plantation shutters are the perfect choice for any busy family as they are durable, easy to maintain, offer privacy, light control and of course style! For all your plantation shutter queries please call us now on 020 8871 9222 or email our friendly team today. 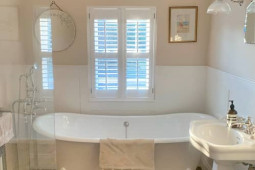 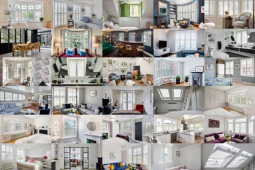 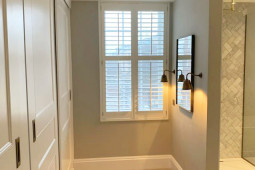